Discover one of the most unique deserts of the world:

The Tabernas desert in Almeria, Spain ...

..also called "The Badlands" - The only European desert and one of the famous landmarks in Spain

Tabernas: one of the most unknown deserts of the world and still you've seen it in your favourite Clint Eastwood western movie, Indiana Jones and many more... 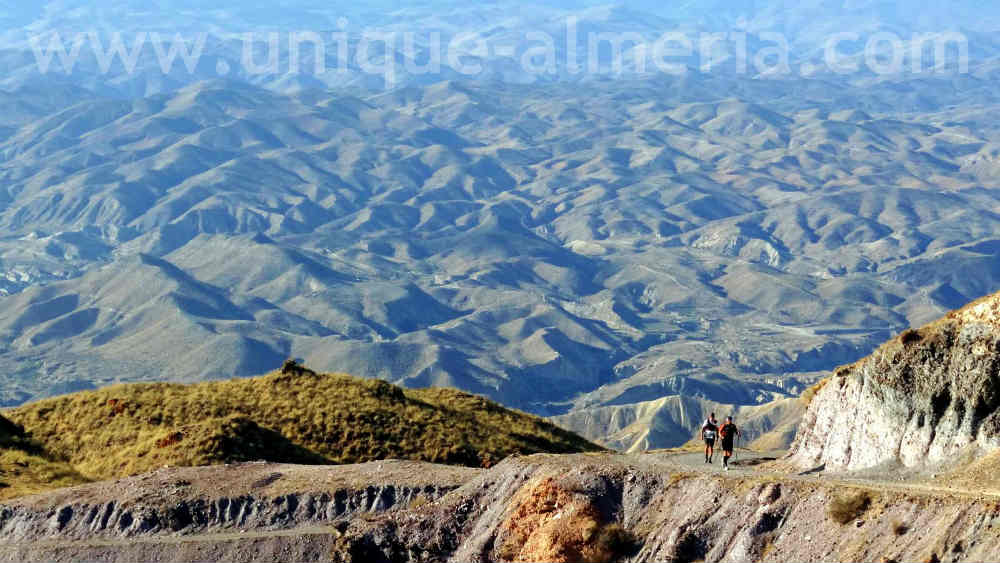 I will never forget the first time I came to Almeria about 20 years ago. We drove down there from Barcelona city by car. It was the first time I would meet my future parents in law. We finally arrived at Almeria province, which by then didn’t count on any modern highways yet. So we had to take the old National road that was winding through one of the most unique deserts of the world: the desert of Tabernas. 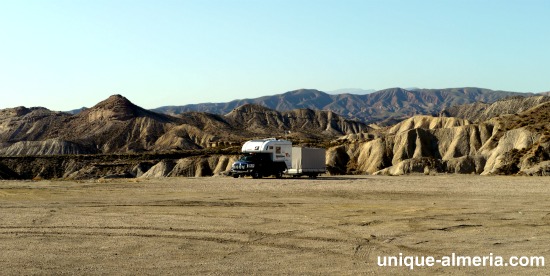 Gosh, I screamed out, while I contemplated this desert landscape through the car window, “I wouldn’t be surprised if we got kidnapped right now by some Indians”. My ‘future husband’ laughed and replied: “Well, you’re not that far off, because these things actually did happen here some years ago”. And this is how I found out, that most of my favourite western movies, actually were filmed here.

Sergio Leone must have had the same impression like me, when he arrived in Almeria in 1964, because he decided to shoot his Clint Eastwood movies of the 'Spaghetti-Western' genre here. I am not kidding! Westerns, such as ‘A Fistful of Dollars’, ‘For a few dollars more’, the Good the Bad and the ugly, were all filmed here (not in Arizona!). Typical Western towns were built , which you can still visit today and which are typical representations of the conquest of the American Wild West: 'Studios Fort Bravo', Oasys Theme Park (our favourite one) and Western Leone.

This was the beginning of a frantic shooting of all sorts of genres in the Tabernas Desert. Thanks to the similarity of both deserts, it supplanted the US desert of Mojave in many movies providing an ideal backdrop for the international film industry. Westerns, adventure, war, science fiction, comedy, advertising… phew the list is endless. The thing is that we have all seen not only the beauty of this desert but the entire province of Almeria in our favourite movies or commercial spots , but hardly anyone knows Tabernas, one of the most unique deserts of the world. Weird, isn’t it?

Recently the ‘Deputación de Almeria’(Provincial Government of Almeria) has published an on-line guide through some of these movie locations. What a great job, recompiling all those locations of our favorite movies. The following video shows the 'MAKING OF A COMPREHENSIVE MOVIE LOCATION GUIDE'.

Lean back and enjoy AWESOME views of one of the most unique deserts of the world: 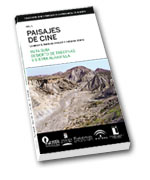 And this is the result: LANDSCAPES OF CINEMA - GUIDED TOURS, Almeria, Spain:

It is meant to be the 1st edition, so I reckon there will be at least a 2nd edition in the future… Want to read it now?.. Go ahead ! (You can also download the FREE e-book. It comes in Spanish and English version all in one pdf-file. You will have to register first.)

I will be right here waiting for you, because there is more… (right-click the image and a new window will open).

What is a Desert?

Hm, good question! All deserts of the world are different. Let’s look at this one a bit closer:

Once upon a time the land around Tabernas was covered by deep ocean from which a geologically ancient landscape emerged, with basins, interrupted with mountain ranges produced by tilted and uplifted strata. Indeed an imposing and beautiful work of Mother Nature. Here, you may enjoy the strange but pleasurable sensation of being the only inhabitant on this planet. And remember, when strolling through this enigmatic, wild and fascinating desert that you are in fact walking on the floor of an ancient sea bed, huh! 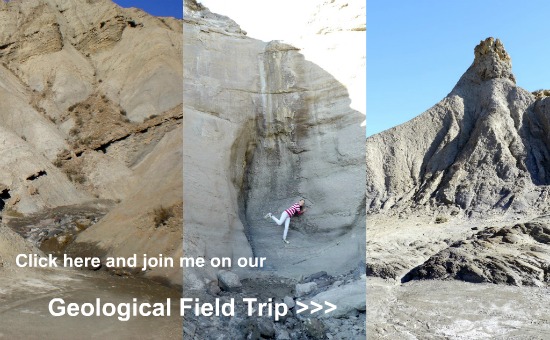 With over 3000 hours of sunshine, an annual rainfall of around 200 mm per year and temperatures ranging from -5 º C to 48 º C, the gray tones of sedimentary materials that make up its gullies, ravines and other formations turn almost golden when the sun rests upon them at dusk. The best time to visit this landscape is in spring, since the sun is less harsh than in summer and one can contemplate all the splendour of its dry but breathtaking beauty. 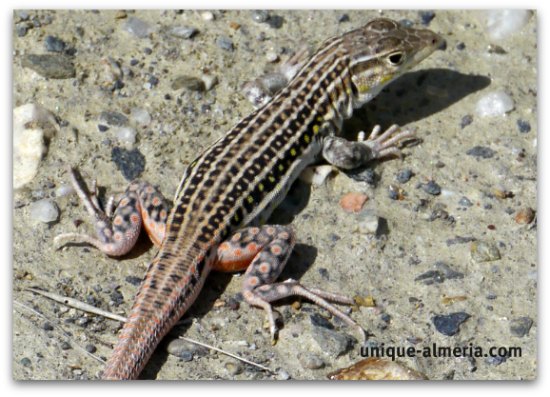 The desert ravines and canyons are an ecological environment where many birds find shelter, such as the European Roller and the famous Trumpeter finch. These two along with countless other bird species have led to the appointment of the Tabernas Desert as Special Protection Area for Birds (SPA area).

On the other hand, the extreme environmental conditions have led to the disappearance of many plant species giving way to new plants of great scientific interest, such as the Limonium flower, thanks to its strange way of survival, tamarisk, broom, dodder, the salsola, caper, not forgetting the parasitic "lamb's tail" and "fox broomrape" as well as many other species perfectly adapted to the environment. 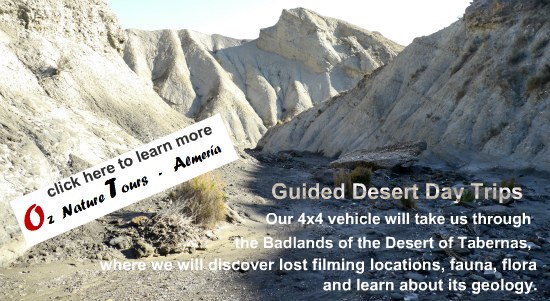 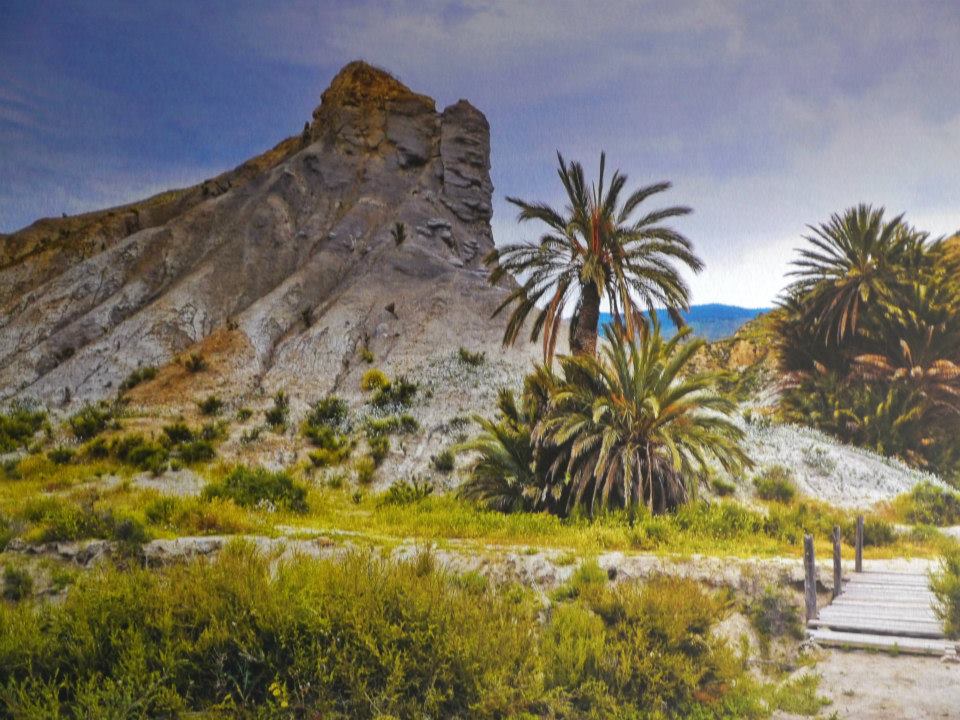